My goal for 2021 is to write a book about our journey, I need to make time to write more.  It’s not that I don’t have anything to say, it’s just that my time is extremely limited!  I have been researching and speaking with different people, published writers, of course to see how and what to do…. the first step is to write!  😉

So, let’s get into an update about our little miracle boy!!!!

So, I started writing this blog post back in November when Logan turned 4.  I am having such a hard time writing lately.  It’s not that I don’t have anything to say, I just don’t have or can’t seem to find the time to do so.  Juggling a special needs toddler during a pandemic while trying to work is insane!  Thankfully I stepped down from management in January 2020 to focus more on Logan and his needs.  I don’t know what I would have done if I still had a team of agents reporting to me as well as homeschooling this crazy kid!  The universe definitely had my back on that one.  It’s such a struggle for me because I am use to having a million balls in the air and constantly running.  Now I am still constantly running but much less balls at risk to drop.  I don’t know how I managed to do it before, nonetheless now.

He is doing so well; his language is exploding; his communication has gotten so much better and he is using more sign language as well.  We still have a long road ahead of us but this kid is such a fighter!!!

Let me share with you briefly the stress of this life…. I try (we try) so hard to bring normalcy to Logan’s world.  Even though he doesn’t understand all the time, can’t talk or eat (yet), we still try and sometimes we have to force ourselves to that normalcy.  For example, the night before his birthday I was blowing up a large number four balloon with helium, it popped……and a breakdown ensued.  Not because the balloon popped but because of what it meant to have that large number four balloon in his room when he woke up.  To me, it meant that sense of normalcy, celebration and love.  My husband, being the supporter he is, said we would get another one the next day (on his birthday) and he continued to blow up smaller balloons in hopes to make me feel better.  At the end of the day, Aunt Tommie came to the rescue with a large number four balloon on his birthday!  We had to cancel his actual birthday party because of COVID-19.  We were then going to just have a small family gathering but the numbers were scary and we opted for a mommy and daddy day with Logan.  We did end up having Logan’s best friends Noah over with his brother Pierson and their mom & dad, Bridget and Mark.  We always have so much fun together and those boys are so good with Logan!

Fast forward to Thanksgiving and Christmas.  Again, we kept everything small and we try as much normalcy as possible.  It sucks though because Christmas morning isn’t really exhilarating…Logan doesn’t know any different, he doesn’t understand the excitement of waking up on Christmas morning to presents left by a fat man in a suit!  We try to engage him in opening presents but he just doesn’t get it.  I pray for the day he does (and he will)!  During these times also Logan was becoming very well…how do I say it…. truth be told he was a pain in the ass for a good month!  He was biting, kicking, hitting, banging his head, pulling my hair, wouldn’t sit for his feed, screamed when we took him into the bathroom to go potty.  Did he have a headache, belly ache, were his molars coming it.  It sucks because he can’t tell us what’s wrong. We spoke with school, wondering if there were any significant changes there.  We spoke with his gastro team, his neuro team, his peds team and eventually his developmental pediatrician.  In which she, Dr. Lucas, said this is “normal” behavior for Logan when he is on the verge of a break through!  I cried tears of joy, especially when she said she thought that breakthrough was going to be language!  Which was HUGE…. considering January last year, she said she was unsure if he would ever be able to talk!

Gosh, I’m playing catch up on this post….AGAIN!

I’m just going to post as is and move on.  I’ve decided to block time three mornings a week to write.  Whether it be for the book, blog post, journal …. Anything!  I need to get our story out, I need to get my frustrations out, I need to get my feelings out.  I’ve also decided to stop sugar-coating our journey.  Not that I really have but I will be writing and sharing more of my real feelings and things we go through. I think people need to hear the truth…. the crazy thoughts that run through my head, the depression, sadness, and regrets, along with the happy times and progress.  This journey sucks, it’s hard but it’s mine and I will OWN IT!!!! 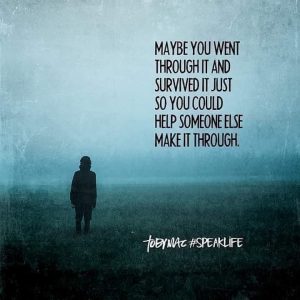 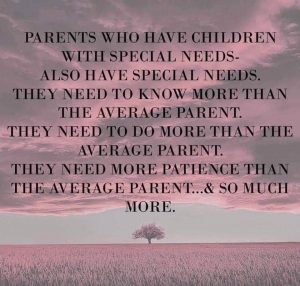